Those of you that know me well have often referred to me by the technical term “dive wuss” because of my obsession with warm water diving. Whilst I have been told time and time again about the amazing diving available in U.K. waters, my many hundreds of underwater adventures have been overseas – the lure of guaranteed visibility and a decent holiday often too hard to pass up.
In fact, my only experiences to date in the U.K. are the completion of my PADI Rescue course at Wraysbury, and Sidemount course at Holborough Lakes – on both of these occasions wrapping myself in 7mm of neoprene praying that my instructor is looking for an easy day and an early finish! With this in mind, you can understand my trepidation at finding myself standing in the car park, back at Wraysbury on a cloudy, late September morning eating my freshly cooked bacon and egg sarnie.
I’m here to meet Ryan Crawford from Suunto UK – today is the worldwide press launch for a brand new dive computer from the Finnish brand and I’ve been asked to cover the event for the lovely gang at Scubaverse. I’d never met Ryan before but was excited to hear all about the new product and get to meet new people in the industry.
Unusually, my first sight of Ryan was him carrying a ‘My Little Pony’ birthday cake in a pink box, somewhat perplexed it didn’t seem appropriate to query why – not yet anyway.

Well, today marks the next stamp in Suunto’s logbook.

The SUUNTO EON CORE is the latest in Suunto’s armoury to hit the market since the game-changing launch of the Suunto EON Steel. The first thing you notice is the striking array of colours as this little puppy is available in black, white and lime green! I opted to grab the green one because, well, it’s different. My immediate thought on grasping the unit in my hand, and instinctively wrapping it around my wrist was how light it was in the sturdy plastic case. My brain processed this as a smaller, lighter version of the Suunto EON Steel that I have been using for the past 100 odd dives. In many ways, this could be true, but it is what I can only describe as a more finely tuned, and refined version. The easy to navigate menu that’s impossible to get lost in, is thankfully present, as are the big clear digits, great default screens, and illuminated bright colour display. However, this new kid on the block is fully customisable, with all of the important dive features comfortably there as default – oh, and it speaks 17 languages!
The screen is deceptively large, as I said previously, the first thoughts in my head assumed it was a smaller version of its predecessor. While the unit might be, the screen definitely isn’t. In fact, the bright easy to read screen is the exact same size of the EON Steel, and like it’s big brother, the display can be flipped. This allows for the unit to be used on either arm, meaning buttons can be on the left or right. The deceptive nature is because the 3 buttons on the EON Core now adorn the side of the unit rather than the front fascia.
Actually, while I’m talking buttons, I really need to call out the reassuring feeling I had about these buttons. They feel responsive and sturdy – there was no mistaking that your finger had made an action, perfect for divers who like to wear gloves.  As bizarre as this may sound I’m a big fan of the buttons!

So what sets the Suunto EON Core apart from the rest of the market?

Number one has to be the user customizable screen which is now available in 3 different views – Graphical, Classical, and Prominent, with the latter being new – even to Suunto.
After choosing your preferred view, you can modify what information you display on the screen. I really like this idea, as let’s be honest, not all of us are the same and this makes it much more personalised.
The software is also user-updatable, with the ability to allow your Suunto EON Core to grow with you through compatibility with Suunto Dive Manager (DM5). I personally think this is a great feature – all too often we spend money on dive kit that has every bell and whistle because it’s deemed the “best” when in reality we don’t always use everything it has going for it (or is this just me??).
A great example with the Suunto EON Core is that it is easy to switch between Air and Nitrox, but if you want Trimix, or Fixed Point CCR you have to customise it through DM5. If you are a recreational diver only, then you have fewer options to scroll through in the menu – great. If your diving progresses, and you decide to cross over to the dark side of Technical diving then you aren’t having to fork out for a new device. Pretty clever idea really. 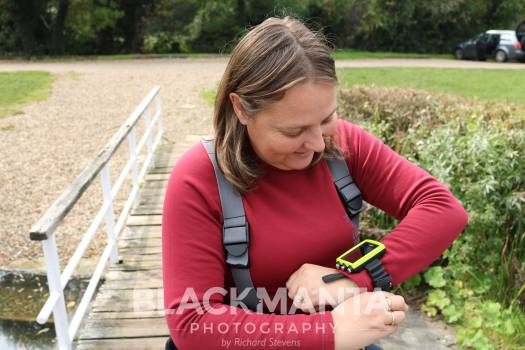 In addition to the customisable settings, the Suunto EON Core allows wireless connection to the Suunto Movescount App. This provides a wireless connection over Bluetooth to your device, granting you easy logging of dives. You can also browse other users’ dive profiles and other dive information. Let’s face it, we live in a social media dominated world these days, so this capability ensures the joy of sharing amazing experiences with friends through social media when combined with photos and video from your favourite dives.
While we are talking wireless, this is a good time to point out the Wireless Tank Pressure Reading capabilities. The Sunnto EON Core connects to the Suunto Tank POD with easy pairing, and allows multiple tank pressure readings – up to an astonishing 10 different Suunto Tank POD’s in fact! Perfect for divers with a sidemount configuration, or those with a stage or two slung on.

Time to get to the nitty-gritty bit of numbers.

The all-important one I’m sure you’re all asking is the price. The RRP at launch is £599, positioning this above the Suunto Vyper and D4i Novo territory, but well under the cost of a new Suunto D6i, DX or the EON Steel.
The water resistance of the Suunto EON Core is 80 meters, while that of the EON Steel is 150 meters. This is mainly due to the plastic body of the Suunto EON Core, whereas the EON Steel is made from heavier and more robust materials. But, come on – let’s be honest here – 80 meters?? Only the hardcore Technical divers are likely to exceed that! This brings me onto my next point – weight.
The Eon Steel weighs in at 348g, while the weight of the EON Core is a mere 154g – over half the weight, and really noticeable, especially with one in each hand doing the funny jig you do to pretend you’re a set of scales.
Finally – battery life. Similar to the EON Steel, the battery is rechargeable, but half the weight does mean a smaller battery. The Suunto EON Core will allow for between 10-20 hours of use between charges, while the EON Steel manages 20-40 hours. The range is completely dependant on the brightness levels set by the user.
However, one feature I thought was pretty snazzy is the way you charge the battery. Gone is the heavy duty multi-pin plug you shove into the side of the EON Steel, and in its place is a magnetic type of plug that magically attaches to the back of the unit – I much prefer this.

What’s in the box I hear you ask?

Well – they’ve kept this simple too. With the unit you get a Strap, a USB Cable for charging, Scratch Guard, Quick Guide, International Warranty Leaflet, Dive Safety Leaflet, and a Suunto Sticker. Tank POD’s and Bungee Adapter Kits are an accessory which can be purchased separately.
Let’s just recap on the list of features: 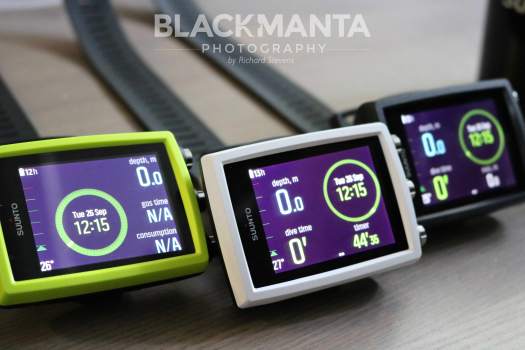 All in all, this is a tidy and well thought through product. The evolution in technology found in the Suunto EON Core sets it apart from the EON Steel whilst in the same vain giving it a strong similarity, and I bet my bottom dollar this will be on the arm of every diver in no time!
Do I think there will be cannibalisation and fewer sales of the EON Steel? Absolutely yes – but I also strongly believe that there will be a whole host of divers that are eyeing up the Vyper or similar models who will now up-purchase to the Suunto EON Core.
If you’re in the market for a new dive computer, then get the Suunto EON Core on your Christmas list (Hayley, hope you are reading this), or if you want to be really savvy then wait until the New Year, because I reckon there’ll be a few used dive computers for sale very soon!
Oh, and you thought I had forgotten – the pink ‘My Little Pony’ cake… It was Bryan Stanislas’ (of H2O Films) birthday. Still not sure why the choice of cake but he got away with the bumps!
Check out the video review here. 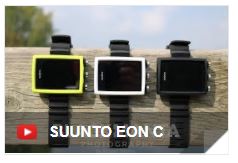